It has come to the attention of Bayard & Holmes that the Academy of Spiritual Unity and Cooperation of Peoples of the World (ASUCPW) nominated the Russian President, KGB officer Vladimir Putin, for the Nobel Peace Prize. At first, we were confused.

Back when PLO terrorist Yasser Arafat—the bin Laden of his day—won the award, we thought it had been purchased for him by some of his pet sheiks as a birthday present. Then, when President Obama won, we were really befuddled, as at that point his greatest negotiation was settling an argument between his daughters over who got the last scoop of ice cream. Our best guess was that he told the committee about his Peace Through Absolute Electronic Surveillance of Americans dream and gave them the same access to PRISM that he shares with Israel, the Five Eyes, his favorite corporations, his dog Bo, and untold others. But now that Vladimir Putin is nominated, we finally understand what the Nobel Peace Prize is all about. It’s to give us all a good, ironic belly laugh.

Putin is being hailed by the ASUCPW as a hero of peace because he got Assad to agree to hand over his chemical weapons to Russia. Those unfamiliar with history may not have noticed, but the Soviet Union started arming Syria back in the late 1940s, before it married capitalism and changed its name to “Russia.” Putin has always been a staunch backer of Assad. Of course he doesn’t want international intervention there. That would be like inviting the neighborhood kids to beat up his favorite illegitimate love child. Instead, Putin is simply having his young foot soldier pass him the “rifle.”

Now it’s your turn. In light of Putin’s nomination for a Nobel Peace-Through-Ironic-Laughter Prize, who would you nominate? Please don’t disrespect anyone in the comments—except Putin, of course.

By Piper Bayard and Kristen Lamb

As a general rule, popes don’t change jobs except by dying. On the rare occasion that they do retire, they tend to be trouble makers, either wanting their old jobs back or exercising their Back Seat Pope’s License. Benedict XVI is the first pontiff to retire in around 600 years, and with this move, the Vatican now has an unusual conundrum on its hands. What to do with a retired pope? 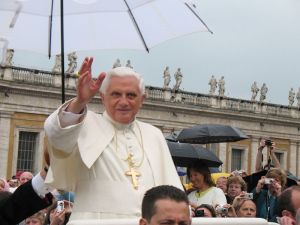 When I ran for US president (see Okay. I’ll Do It. I’ll Run for President), my space saving vice president, Kristen Lamb, and I set out to make our world a more efficient and humorous place. So when we heard that our fellow world leader was about to have too much time on his hands, we brainstormed a few things he can do to keep himself busy and out of the cardinals’ zuccehettos. 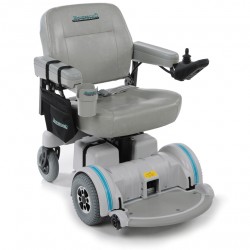 We make these suggestions with the purest of hearts. If anyone finds them offensive, at least be glad we had the good taste to stop at President and not run for Pope.

What are your clean and respectful suggestions for how the Pope can stay busy in retirement?