Breast Milk Lollipops, By Lollyphile, Can Be Yours

I guess some people are bored with grape and cherry. Go figure. 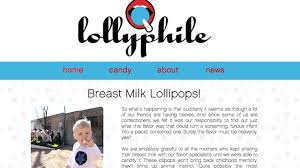 Maybe we could use these to wean the Congressmen and corporations that are hanging off  the teats of America.

FIRELANDS is out! Watch for the FIRELANDS Apocalyptic Challenge coming soon. Susan Spann has a great review at her site today. A Review of FIRELANDS

Last Friday was Susie Strong Day in honor of Susie Lindau, who is battling breast cancer and went in for a double mastectomy on that day. I’m happy to report that Susie is doing great, and her lymph nodes were all clear. Many bloggers wrote posts in support of Susie. This is a quite clever one by Jules at Go Jules Go. Susie Strong

Navy SEALs are known for having some serious courage, and I consider this lady one of the ballsiest of the lot. Retired Navy SEAL Comes Out as a Woman, Writes Book to Inspire Others 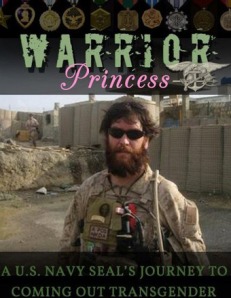 “Should” is a limiting word, but with “can,” all things are possible. Why We Ought to Ask Ourselves “Can We” Rather than “Should We” by Marcy Kennedy.

Lisa Hall-Wilson has helped many a professional maximize their presence on Facebook. She’s holding an outstanding two part class starting on Saturday, June 15 through WANA International. Steering Through the Facebook Winds of Change

I don’t know about you, but I’m not sure how it was humanly possible to be this oblivious. Woman Unaware of Pregnancy Gives Birth Training for Half-Marathon

Don’t Make Me Turn This Plane Around: 100 Kids Kicked Off Flight. Having been on a flight with a teenage girls’ volleyball team once, I find this one more reason to love Southwest Airlines.

Why Tweets about Obese Doctors are Never Your Own. A very funny cautionary tale via Colin Falconer.

The Ever Clever Julie Glover takes a look at what would happen If Hitchcock Tweeted.

Hobbit Fans Alert! M.J. Wright is Sneaking a Peek at a Character from the Second Hobbit Movie.

Jeff Goins gives us the straight skinny on our relationship to work and success. The Truth About Going Viral: What I Did After 1 Million People Stopped By My Blog. Via Rhonda Hopkins.

Love those rare moments when two things that should never be together come together anyway to result in a great laugh. Jimmy Fallon edits Brian “Bri Wi” Williams newscasts and creates a Snoop Dogg Rap.

All the best to all of you for a week of good taste.