“Compulsive Hoarding is a mental disorder marked by an obsessive need to acquire and keep things, even if the items are worthless, hazardous, or unsanitary.” ~ Hoarders

At this point, we know the following about the NSA and its electronic data collection on Americans and foreigners: 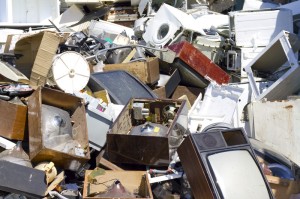 So I’m wondering . . . Do we need to send the Hoarders crew to NSA headquarters to help them sort out this dysfunction? Or do we just need to fire them all and put the crew of Cheaters in charge of figuring out who needs surveilling, and who doesn’t?

Fars, the Iranian government-backed news agency, last Friday cited an article from The Onion as fact. The article said most rural Americans prefer Iranian President Ahmadinejad that President Obama. I cracked up when I read this, but then I realized there might be some truth in it if the rural Americans in question don’t understand Farsi and don’t allow translators. Particularly during election season. . . The worst part? Some of those at Fars still believe the story even after they found out The Onion is a satirical paper.

New York Times Best Selling Author and Heckuva Guy James Rollins has a great new series about Apocalypse called Know it Now! Many sources predict the end of the world in just a few months. James Rollins looks at the possibilities for how that could happen and what we can do about it in a 12-week series that investigates different forms of Apocalypse. You can subscribe to these free videos at his blog, Know it Now! Introduction – Can We Predict the Future? Episode 1.

By International Best Selling Author and Graceful Lady Vicki Hinze, What is Reversal in Fiction Writing?  Check out her latest romantic suspense, SURVIVE THE NIGHT, the first of the much-anticipated LOST, INC. series.

Tiffany A. White and Amber West are the two women I count on for my entertainment news now that there’s no TV guide in the Sunday paper.  Tiffany gives us a run down on the series premieres of October in New October Drama, and Amber gives us a peek at Lucy Liu’s modern day Sherlock Holmes series, Elementary, in Elementary, My Dear Watson.

Reader Empathy: Catch It & Keep It with Guest Angela Ackerman. Angela also co-authored The Emotion Thesaurus, a MUST for every fiction writer. It belongs on the bookshelf right beside your Strunk & White.

Just in case you should need this one today, How to Escape from a Black Hole: Scientists Study Energy Jets.

My gift to my writing partner, Jay Holmes, along with all of you other guys who read this. “Miss Bum Bum” Pageant Seeks Brazil’s Best Butt

The 25 Funniest Tweets about the Debate

And an important health message for gamers from one of my all-time favorites, Nathan Fillion of Castle and Firefly fame.

All the best to all of you for knowing satire from truth.

This is a picture I took in the Ladies Room of our local Red Robin restaurant.

I guess we just wouldn’t want to miss one minute of those political conventions, would we?

Susan Spann Writes with Dragons and Seahorses over at The Debutante Ball, a group blog for select writers who are releasing their debut novels within the year. Congratulations, Susan!

“Too many people underestimate what a big deal that simply staying in the game really is.” Pearl of wisdom, that. Maturity–The Difference Between the Amateur and the Professional by Best Selling Author Kristen Lamb.

What do you call your fluffy friends? Cat Names 101 by Amy Shojai.

Sometimes our purpose is to serve as a warning to others. Renee Jacobson has some great tips learned from hard experience. Rebooting Myself after the Great Computer Crash: You Gotta Back That Thang Up

Success Tips from a Drama Dog is up at Paige Kellerman’s blog. Stop by and congratulate her on the birth of her son, “Doc Holiday,” who came in at close to 10 lbs. Reporting Live: The Fat Eagle Has Landed

Super fun and informative article from Leslie Hedrick – A Vague History of Monasticism.

This video comes to us today from Shawna Coronado, the Queen of Green. WARNING: Do not medicate before viewing this or you will get nothing else done today!

Now for the Poll Daddy campaign style question of the day.

All the best to all of you for knowing when and where to indulge.