By Piper Bayard and Jay Holmes

Last week, we asked folks to leave us two lies and one truth, and we did the same. Time now for us to reveal our answers.

It is true that I told Ronald Reagan an off color nun joke, and Reagan enjoyed it.

Reagan called a break in a meeting and requested that a few of us stay behind. After we spoke a bit, he asked, “Do you guys know any good jokes?” 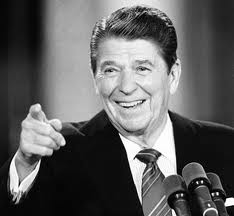 No one else wanted to risk it so I told a somewhat raunchy nun joke. Reagan laughed pretty hard and said, “Wow, you’re really bad.” Then he laughed some more, pointed his finger at me, and said, “I like you.”

It is true that Piper tangled with a well-armed member of Delta Force in a Denny’s parking lot in Texas.

Many years ago, Cpt. Delta, Holmes, and I were all at a meeting of sorts in Somewhere, Texas. To get there, I drove through the night with Cpt. Delta and a couple of other guys. Holmes was not with us.

Before we left on the trip, it was agreed that whoever was driving would control the music. Since Cpt. Delta and I used to prank each other a bit, I carefully selected a few cassette tapes that were calculated to irritate him.

But Cpt. Delta had age and treachery on his side. Come to find out, he so readily agreed to the music arrangement because he had exactly no intention of letting me drive his car. Instead, he kept me awake all night with a little device on his ear that beeped loudly every time he started to nod off to sleep.

I would have thought he was getting back at me for all of the times I called up his work and left PG13 messages for Cpt. Shamu (the killer whale) in my best 1-900 voice. However, he pulled a better one to get back at me for that. But that is another story.

Anyway, I was a bit testy from lack of sleep and in no mood to be diplomatic. He made a rude comment about the punk rocker college kid I was visiting during our stay and speculated as to how that young man might have obtained the money for his Cadillac. Cpt. Delta didn’t realize I had been that kid’s babysitter in my youth. Like any Mama Bear, I got in his face about it.

Holmes and some other guys got out of their car just as I was saying (loudly) something to the effect of, “Cut it the f**k out. . . .” Holmes quickly stepped between us before Cpt. Delta could respond. He smiled at me to distract me while another man asked the object of my ire a question and walked him into the restaurant.

That being said, Cpt. Delta is a wonderful man and a cherished friend, and I had completely forgotten this incident until Holmes reminded me of it. I’m hoping Cpt. Delta forgot about it, too, and that he’s not reading this post. (*waves and smiles*)

It is true that Holmes stopped Piper from writing, “Are you as dirty as I am?” in the dust on an antique vase at a major art museum.

Monet’s “Water Lilies” at Nelson-Atkins. Not us. Image from flickr.com

Holmes and I were in Kansas City many years ago, he on business, and me visiting family. He had an afternoon off so we went to the Nelson-Atkins Art Museum. Before we got to the amazing antique furniture or the impressionist collection, which is unfortunately within sight of the Kandinsky, we found ourselves alone in a room with an antique green vase. It clearly hadn’t been dusted once since its creation.

I looked at it and did a double take, realizing it was filthy. Then I said, “Hey, Holmes. I’m going to write on that vase.”

I stretched my arm toward its perch, my finger at the ready, but Holmes said, “No. Don’t touch it.”

I proceeded to attempt to persuade him to back me up, but Holmes spent his childhood playing hookey from school in the halls of the New York Metropolitan Museum of Art. That left him with a reverence for good museums. He didn’t want us to chance getting booted out of one for no good reason . . . I thought it was a good reason, but I deferred. Whenever the risk is getting 86ed or worse, everyone has to be on board.

Now it’s your turn. What are the stories behind your truths? If you missed last week’s post, what are your two lies and a truth?

All the best to all of you for a week of tall tales.