Most readers will likely remember that on 9-11, the Capitol was saved from a terrorist attack. Not by the US military, the intelligence services, or any law enforcement agency, but rather by unarmed passengers on United Airlines flight 93 when they resisted the al-Qaeda criminals that had hijacked their flight. Thanks to their courage, flight 93 was stopped from crashing into the intended target, the US capitol.

Undoubtedly, some members of the Department of Homeland Security spend their hours considering the possibility of another attack on the Capitol and work to prevent it. They’re too late to prevent it. It’s already happened, but it’s best that they keep it from happening again. As much as I dislike about half of our congressmen, I don’t want to see them attacked again.

Many in the USA may have long forgotten that a gang of violent foreigners already succeeded in attacking our Capitol.  Which Islamist radicals managed to pull it off? Can you remember? Let me give you a couple of hints. They were not Islamic. They were English, and they succeeded.

In 1814 during our poorly planned and ill-conceived War of 1812, British soccer fans dressed in red uniforms similar to those of the British Army invaded Washington DC and expressed their displeasure with American literature by setting a bonfire in the still uncompleted Capitol using books from the library of Congress.  Even back then, congressmen knew what British soccer fans were like and they mustered the good sense to leave the premises before those fans arrived. After roasting some unpalatable English food over the fire, the British soccer fans departed. Fortunately for the US, British taxpayers grew tired of the higher taxes and loss of trade with the USA that the war had provoked in Great Britain, and in 1815, Great Britain signed the Treaty of Ghent, promising to keep their soccer fans on their side of the Atlantic.

Fortunately, no British tourists have behaved quite so poorly since that terrible night in 1814. Unfortunately, other folks have not been quite as well behaved in the Capitol since then.

If some members of the press feel a bit abused these days by the current administration, they should feel lucky compared to 19th century DC reporters.  If we don’t count the vicious fist fights that occurred between congressmen in the 19th century, then the next attack occurred on February 28, 1890 when the tall, muscular ex-congressman William Taulbee of Kentucky assaulted a small and very sickly journalist by the name of Charles Kinkaid.   Taulbee had previously assaulted Kincaid in public, but the local authorities ignored the attacks. Taulbee harbored a raging grudge against Kinkaid because the journalist had exposed an extramarital affair between him—a married, ordained Methodist minister and congressman—and a female employee of the US patent office. Taulbee’s wife was less forgiving than Hilary Clinton and sent him packing. The conservative voters that he represented with a conservative platform were less forgiving than modern voters and Taulbee had to resign.  On February 28, 1890 when Taulbee attacked Kinkaid on the east stairs of the House Chambers, Kinkaid shot him in self-defense. Taulbee died a few days later. Supposedly, the blood stain can still be seen on the east House stairs. 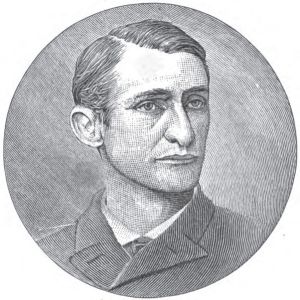 In 1915, in response to the US declaration of neutrality in World War One, German immigrant Erich Muenter, aka Frank Holt, detonated a bomb in the Senate visitor’s waiting room. Fortunately, the bomb detonated at 11:50 p.m. and nobody was killed. The next day, Muentner shot and badly injured JP Morgan Jr. Muentner was arrested and committed suicide in his cell. Whether or not it was an “assisted suicide” is unknown.

For the next 39 years, peace reigned on Capitol Hill. Then, on March 1, 1954, Puerto Rican Nationalist terrorists Lolita Lebron, Rafael Miranda, and Andres Cordero fired shots from the House gallery and wounded five congressmen. Fortunately, they were captured before they were able to kill anyone. Unfortunately, they were captured alive and were brought to trial. They got long sentences, but Cordero was released from prison in 1978 due to terminal cancer. His fellow assailants and a co-conspirator were released in 1979 by President Jimmy Carter as part of a plan to gain the release of US prisoners in Cuba.

The next gang of terrorists that managed to carry out an attack against the Capitol was a group of very odd and incompetent criminals that called themselves the Weathermen. On March 1, 1971 a bomb they set exploded at night in a men’s rest room in the Senate and nobody was injured. The Weathermen carried out several bombings in the US, and their apologists claim that they never hurt anyone. That’s simply not true.  When they bombed a San Francisco police station, one policeman was killed and one was badly injured. Fortunately, the Marxist Weathermen managed to kill more of their own members than they did their intended victims when a nail bomb they were constructing exploded in their Greenwich Village apartment in New York City and killed three of them.

On November 7, 1983, a Weathermen splinter group calling themselves the Armed Resistance Union bombed the US Senate at the now traditional 11 p.m. capitol bombing hour. They were apparently unaware that the fighting was over in Grenada, as they were demanding an end to the “brutal US War in Grenada.” Fortunately, by adhering to that important 11 p.m. bombing schedule, nobody was hurt.

Unfortunately, the next attack on the Capitol was not as harmless. On July 24, 1998, a mentally ill man by the name of Russell Weston entered the Capitol and murdered two Capitol policemen. He explained that he was saving the US from being destroyed by cannibals. Weston had been previously diagnosed as a paranoid schizophrenic after repeatedly threatening neighbors at his home in Montana, but he had been released after 51 days in a mental institution without adequate follow-up treatment. After the shooting at the Capitol, he was found to be incompetent to stand trial and he is still in a federal institution.

So if you visit our nation’s Capitol, arrive early because the security measures will slow you down a bit. Be patient. The security is justified.

18 comments on “Attack on the Capitol!”